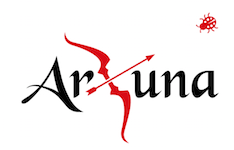 TestMile Arjuna is the next generation test engine written in Python programming, developed by Rahul Verma (www.rahulverma.net). It espouses the principles of Test Encapsulation by Rahul, as envisioned in a research paper in 2010. It also combines pragmatism by including decisions which are taken outside of the test for performance reasons.

Note: On Linux, the built-in Python3 build has issues with the Python’s built-in enum module which is heavily used in Arjuna. One alternative is to install ActiveState Python on linux. Advanced users can go for installing a custom Python build.